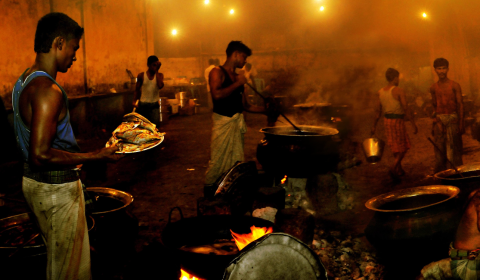 The Grand Kitchen by Shoeb Faruquee

From a highly competitive market, the judges of the Pink Lady® Food Photographer of the Year Awards sifted through 7000 images and films entered this year. Andy Macdonald, director of Pink Lady® in the UK said “the competition was intensely fierce and the standard was phenomenal” as he announced this years overall winner Mark Benham, who captured the immense fun and art of baking, with ‘flour frenzy’.

At a culinary star studded reception in the Mall Galleries, London, on Tuesday 28th April 2016, journalist and food critic, Jay Rayner took to the stage to compere and announce the winners of the Pink Lady® Food Photographer of the Year Awards.

The Pink Lady® Food Photographer of the Year, now in its fifth year, is recognised as the world’s leading celebration of the art of food photography, attracting fierce competition worldwide.

The winner of Best Food for Celebration category was won by Shoeb Faruquee from Bangladesh, with his stunning image of The Grand Kitchen, portraying a frenetic scene of chefs in a hot, steamy kitchen preparing for a wedding feast.

Israel’s most well known food photographer Dan Peretz, entered the competition with his Still Life in Pears into the Food Sn-apping category, a photography that was worthy of a commendation by the judges. 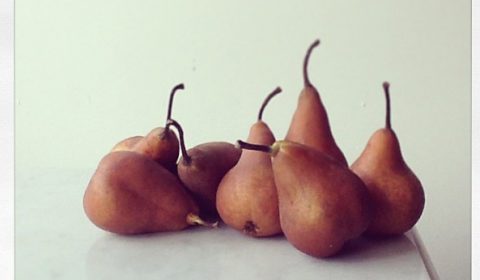 Highly respected throughout Israel, Dan Peretz has photographed stunning images of food for newspapers, cookbooks and magazines, as well as joining forces with Carmel Winery and Chef Meir Adoni to create ‘foodography’ a food photography workshop in Catit, Chef Adoni’s renowned restaurant in Tel Aviv. The idea came from the continuous ‘snapping’ of food plates in high class restaurants on customers mobile phones, so together with ceramic designer Adi Nissani who created stunning tableware for the workshop, the culinary experience of ‘foodography’ was created.