Fresh herbs and a variety of aromatic spices, give Israeli cuisine its Middle Eastern flavour, distinctive of the region and its culinary traditions.

All over Israel wild herbs flourish and after the first rains following the scorching hot summers, a surge of lush greenery covers the land. Many of the wild herbs have the dual properties of adding flavour and colour to tagines and salads, as well as containing  healing properties and medicinal versatility.

Spice blends from all over the world are becoming the culinary staples in Israeli cooking, both at home and in restaurants and together with the traditional spices of cumin, paprika and zaatar, to name but a few, add subtle flavour to the fragrant dishes of Israel.

Spice blends from the multicultural community in Israel such as Moroccan and Tunisian Harissa, used as a rub for meat, are becoming very popular with chefs and home cooks alike and can be found on spice stalls in the markets, such as Machane Yehuda and Carmel. 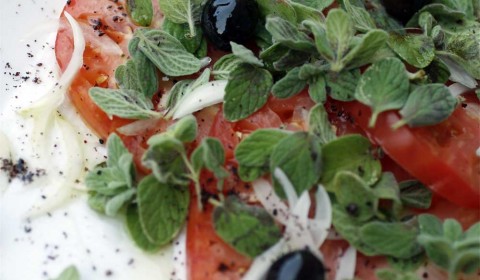