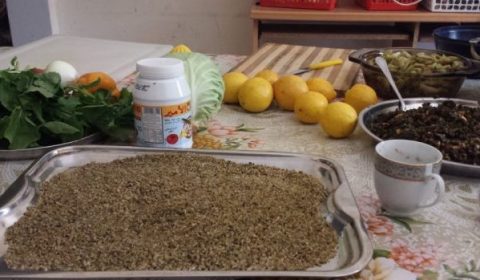 local ingredients laid out in preparation for cooking

Israel has an eclectic population with diverse cultures; however food is a culture that can be experienced by all.

Israel’s northern region is a beautiful mountainous range, separated and known as the upper and lower Galilee. A lush land full of food that has matured from small beginnings into the fruit bearing trees, vines, wild herbs and edible flowers synonymous with the area and grown, foraged and picked by the locals for its freshness, taste and nutritional value.

A world apart from the culinary capital of Tel Aviv where highly acclaimed chefs produce gourmet food as works of art on the plate, the food from the north is rustic, homely and cooked straight from the ground. 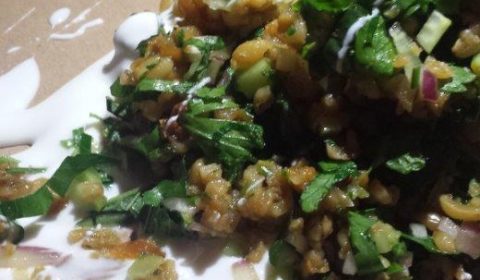 Galileat, the brainchild of an Australian chef, Paul Nirens, who moved to the north of Israel over 30 years ago. Paul trained in one of Israel’s leading culinary schools before managing commercial kitchens in a competitive profession. Whilst selling locally crafted gourmet foods, he found an opportunity in the untapped market of intercultural activities in the Galilee, through food.

Based on the model of culinary workshops in Europe, Galileat evolved, not as a food tour but by selling a cultural meeting through food of the land. The idea was for tourists and Israelis alike to interact with the people of the Galilee, through cooking workshops in the homes of the local population. Christian, Druze Muslim and Jewish hosts were found and welcomed the initiative of Galileat to show off their skills in cooking as well as to earn money for their family.

Most of the produce for the workshops is ‘baladi’ translated as ‘my land’ in Arabic, a term meaning grown in traditional ways and not industrially produced. In England we call the produce ‘ugly’ and unfortunately considered unsellable to supermarkets, but in Northern Israel, it is wild and full of flavour and therefore considered to be the best.

The menus consist only of authentic, seasonal local food, using as many vegetables, grains, herbs and spices that the host can find on the day and prepared and cooked in their own kitchens, often using either an original ‘saj’ an upside down wok for cooking pittas or flat breads or in a ‘taboon’ an original wood fired stone oven. 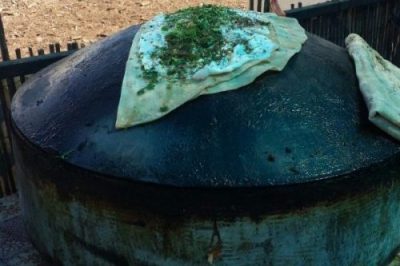 ‘saj’ or upside down wok, for making Druze pittas

Fascinated by this initiative, I enrol in a culinary workshop to see how this original product with a social conscience can truly bring the Galilean hills to our plates. Met by Director Paul, our first stop was a local market in the mixed Christian and Muslim Arab village of Deir Hanna, where it is believed John the Baptist lived for a time and from where the name of the village directly translates in Arabic, Jonathan’s Monastery. Walking to the market, we stumble across the remnants of wild endive, a leaf with slight bitterness that is foraged for during the winter months and used in fresh salads. We continue on past the old flour mill, where wholemeal four is produced and sold in its natural state, alongside pittas and pastries. The market is a haven for seasonal fruit and vegetables, wild garlic and vine leaves, to name a few, together with aubergines, tomatoes and cucumbers in the many shapes and sizes and with lumps and bumps highlighting that they are all ‘baladi’, grown locally and full of flavour.

We then approach a stall selling vibrant yellow dough rounds, known as ‘hubz asfar’ simply translated to yellow bread. Great chunks are pulled off for us to taste, which with great delight we eat and savour this tasty, sweet bread made with turmeric not only for its bright yellow colour, buts also its anti inflammatory and antioxidant properties. 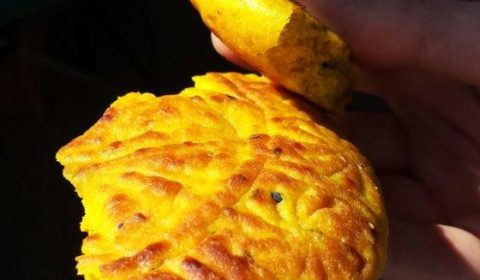 We then drove to the Muslim village of Arrabeh, to meet our host Nowal. As tradition dictates, any guests entering the home of an Arab family are served coffee and tea immediately and with the aroma of coffee and cardamom filling the air, we welcomed this gesture, whilst introductions were taking place. It was not long before the conversation turned to food and the menu for our workshop. We were going to be cooking with fresh local ingredients such as akkub, freekeh and jarjir, and with help from our host, turning the wild thistles from the artichoke family, cereal and watercress into local dishes, that would give us a satisfying lunch, at the end of the morning.

Throughout the preparation of our meal, the conversation flowed with talk of mixtures, dough, ovens, family and so much more. We made a yeast pastry from scratch, ‘boxing’ the gluten to form the dough and then once proved tore the dough into small balls, flattened them, filled them with a spiced chard mixture, shaped them into triangles and baked them in the oven in a bath of oil, to make delicious ‘f’tir’, stuffed pastries.

We were taught how to cook the nutritious supergrain, freekeh as well as preparing simple salads of wild watercress and cabbage to give freshness to the meal. We turned lamb mince into kebabs and cooked them with tahini to make ‘Sinye’ but my favourite dish was undoubtedly the ‘akkub’ the undeveloped flower buds of the wild thistle plant, native to the area and when cooked slowly with onion and delicate spice, tasting like a cross between the artichoke and the asparagus. 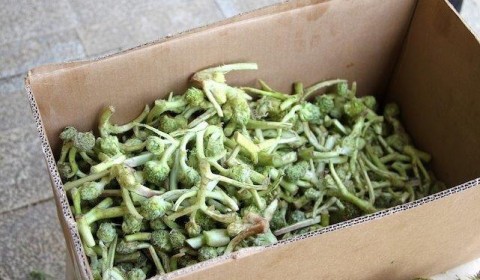 The workshop was inspiring, filled with new ingredients, new cooking techniques and above all, tasting new foods, which culminated in eating lunch with Nowal, her husband and granddaughter, who was learning the family recipes and traditions of cooking from a tender age.

I asked Paul why he felt his workshops were becoming so successful, to which he replied “I am a cultural mediator between people, I am not selling a food tour, I am bringing people together for a cultural meeting through food. I go into the homes of Middle Eastern women insisting on Western standards of hospitality and the results are enriching and delicious.” This innovative idea has grown over the past three years into a “niche product” within the Israeli tourism sector and with rave reviews; Galileat has been awarded the Certificate of Excellence on Trip Advisor.